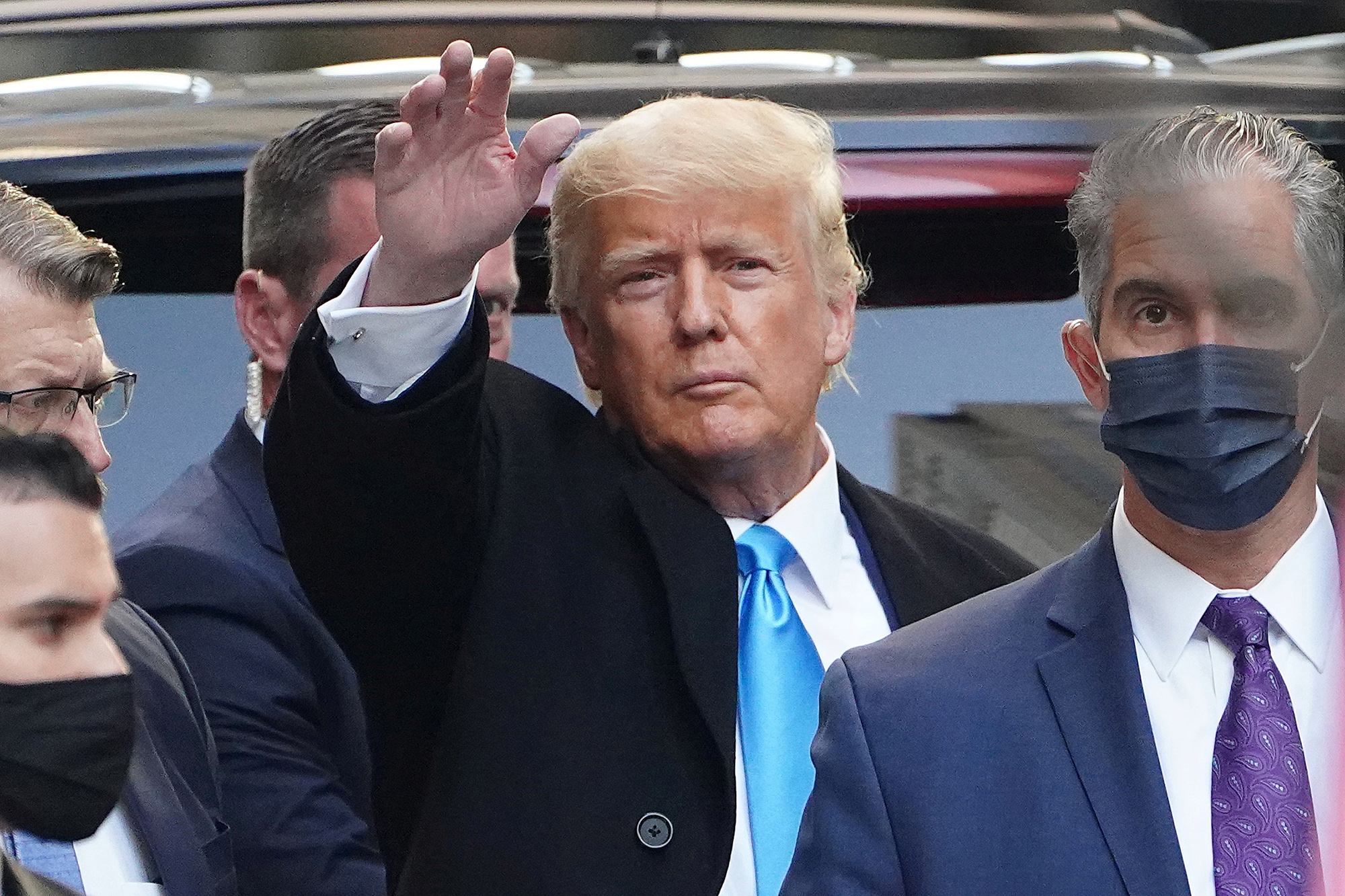 Former President Donald Trump said Monday that the Washington Post’s now-admitted misquoting of his December phone call with a Georgia elections investigator was a “media travesty.”

But Trump said in an emailed statement, “I thank the Washington Post for the correction.”

The then-president’s post-election call with the election investigator was widely described as evidence that he pressured state officials to dishonestly subvert President Biden’s victory and the will of voters. But the Washington Post’s correction — after the audio file was discovered in a state official’s electronic trash folder — undermined the seemingly most damning quotes that had been attributed to him.

“You will notice that establishment media errors, omissions, mistakes, and outright lies always slant one way—against me and against Republicans,” Trump said.

“Meanwhile, stories that hurt Democrats or undermine their narratives are buried, ignored, or delayed until they can do the least harm—for example, after an election is over. Look no further than the negative coverage of the vaccine that preceded the election and the overdue celebration of the vaccine once the election had concluded. A strong democracy requires a fair and honest press. This latest media travesty underscores that legacy media outlets should be regarded as political entities—not journalistic enterprises.”

The correction substantially altered the reporting on the phone call, which was politically explosive for seeming to show Trump scheming to overthrow an election.

“Correction: Two months after publication of this story, the Georgia secretary of state released an audio recording of President Donald Trump’s December phone call with the state’s top elections investigator. The recording revealed that The Post misquoted Trump’s comments on the call, based on information provided by a source,” the correction published Thursday began.

“Trump did not tell the investigator to ‘find the fraud’ or say she would be ‘a national hero’ if she did so. Instead, Trump urged the investigator to scrutinize ballots in Fulton County, Ga., asserting she would find ‘dishonesty’ there. He also told her that she had ‘the most important job in the country right now.’”

The prior more damning version of the call was used by Democrats during Trump’s second impeachment for allegedly fomenting the Jan. 6 Capitol riot. House impeachment managers argued that when Trump failed to get state officials to overturn the election, he unleashed a mob to ensure Congress could not certify the election. Trump was acquitted, but with seven Senate Republicans voting to find him guilty of “incitement of insurrection.”

In a separate call with Georgia Secretary of State Brad Raffensperger, the audio of which was acquired by the Washington Post and New York Times, Trump said, “I just want to find 11,780 votes, which is one more than we have.” His defense attorneys argued he was in context talking about finding a lawful path to electoral victory.

Trump said that the Post’s correction broadly vindicates him.

“The Washington Post just issued a correction as to the contents of the incorrectly reported phone call I had with respect to voter fraud in the Great State of Georgia.  While I appreciate the Washington Post’s correction, which immediately makes the Georgia Witch Hunt a non-story, the original story was a Hoax, right from the very beginning.  I would further appreciate a strong investigation into Fulton County, Georgia, and the Stacey Abrams political machine which, I believe, would totally change the course of the presidential election in Georgia,” Trump said in the statement.

The former president used the opportunity to repeat his frequent criticism of Georgia electoral practices after the state narrowly broke for Biden.

“Fulton County has not been properly audited for vote or signature verification. They only looked at areas of the State where there most likely would be few problems, and even there they found large numbers of mistakes. We are seeking to find and reveal the large-scale election fraud which took place in Georgia. Many residents agree, and their anger caused them not to turn out and vote for two Republican Senators in the January election,” Trump said.

“The Consent Decree signed between Raffensperger and Stacey Abrams was not approved by the Georgia State Legislature, and therefore should be deemed invalid, and the election result changed. Why the Governor and Raffensperger ever approved this Consent Decree is one of the great questions?  We look forward to an answer.”