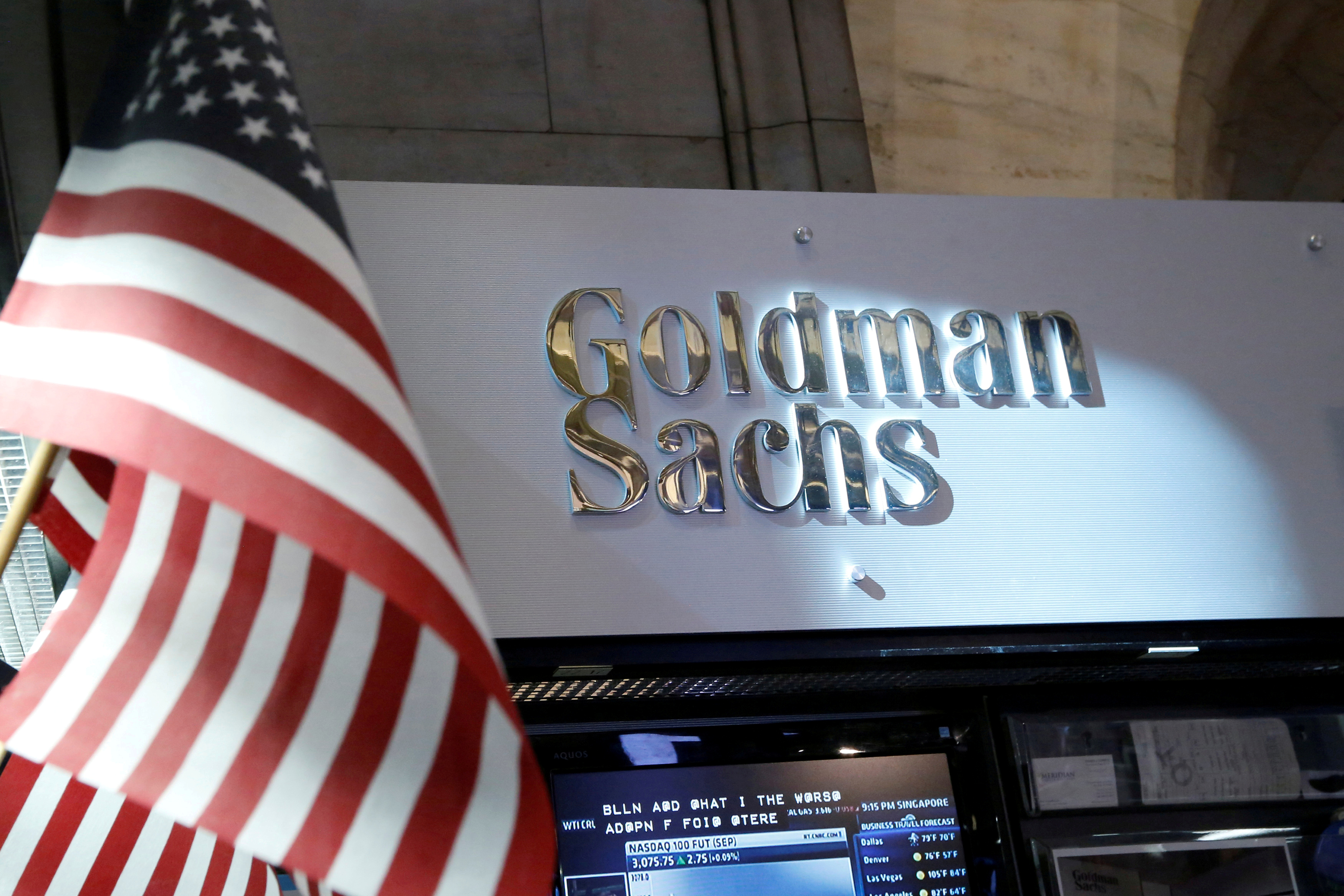 Before they complained about brutal hours and missing meal stipends, young Goldman Sachs staffers were reportedly concerned about Chik-fil-A.

A group of first-year bankers at the Wall Street powerhouse recently debated whether the fast-food chain’s chicken sandwiches belonged at the corporate dinner table, a new report says.

Cathy’s anti-LGBT views — which have sparked boycotts and protests of Chik-fil-A in the past — led some of the Goldman associates to wonder whether it was appropriate to eat the chain’s food at a planned dinner meeting at the megabank’s Manhattan headquarters, according to the network.

Goldman management eventually put an end to the dispute by deciding Chik-fil-A would be allowed, people with direct knowledge of the incident told Fox.

But Goldman spokesperson Nicole Sharp disputed the existence of the culinary contretemps, saying the bank had not seen or heard any evidence of it taking place.

“We don’t believe this to be true,” Sharp told The Post in an email. “Can’t guarantee or confirm it didn’t happen, but the idea that there’s a policy requiring senior approval is nonsense.”

The anecdote emerged amid signs of upheaval among junior Goldman staffers who are tired of working the grueling, “inhuman” hours, with one staffer comparing it to his day going through the foster care system, saying he preferred the later.

First-year analysts complained in a recent survey that their physical and mental health was deteriorating thanks to 100-hour work weeks, according to a February PowerPoint presentation that recently went viral.

Another leaked slide deck from last year showed entry-level bankers protesting a lack of reimbursements for meals and computer equipment after much of Goldman’s staff started working from home amid the coronavirus pandemic.

But some veterans of the firm say their millennial colleagues are whining about working conditions that have long been standard operating procedure, according to Fox Business.

“It’s a generational thing and nothing more,” a former Goldman partner told the network. “These kids have been brought up a different way and attended schools that indulged their alleged victim status.”

ViacomCBS shares tumble after announcement of $3B stock sale


Tesla says it delivered nearly 185,000 electric vehicles in the first quarter despite a shortage of computer chips that has hit the global auto industry.

The number was more than double the deliveries for the same period last year. And it beat Wall Street estimates of 168,000 for January through March. The company says in a statement that the Model Y small SUV in China has been well received.

Tesla lists no production figures for its older models, the S sedan and X SUV, during the quarter, but it delivered just over 2,000 of them. It says new equipment has been installed at the Fremont, California, factory and production of new versions is in the early stages.

The strong sales are a sign that demand for the company’s relatively expensive vehicles remains strong despite the pandemic. Analysts polled by data provider FactSet estimate that the average selling price of a Tesla is $49,100.

Shares of Tesla are down more than 9 percent so far this year as some of the shine wore off electric vehicle and tech stocks, which had experienced a big runup last year. The stock closed Thursday down just under 1 percent at $661.75. Markets are closed for the Good Friday holiday.

Wedbush analyst Dan Ives called the first-quarter numbers a “jaw dropper,” and a huge home run in the eyes of bullish investors. “We believe China and Europe were particularly robust this quarter as the trajectory now puts Musk & Co. to exceed 850k for the year which is well ahead of whisper expectations,” he wrote Friday.

The Model 3 small car and the Model Y accounted for nearly all of the Palo Alto, California, company’s first-quarter sales. Tesla said it sold 182,780 of both models combined.

Ives wrote that analysts expected more than 12,000 sales of Models S and X, with the miss driven by the chip shortage.

The strong sales came even though the company shut down much of its Fremont production for several weeks in late February and early March. It did not say why, but it’s likely that the company ran short of computer chips.

“It’s been a brutal sell-off for Tesla and EVs, but we believe that will now be in the rearview mirror,” he wrote.


Dozens of America’s biggest companies paid no federal income taxes last year thanks to a range of tax breaks — including some brand-new ones, a new report says.

The 55 corporations avoided a total of $8.5 billion in taxes on more than $40 billion in pre-tax profits in their most recent fiscal year, according to the Friday report from the Institute on Taxation and Economic Policy.

In fact, 52 of those firms — including household names such as Nike, FedEx and Dish Network — ended up pocketing federal tax rebates worth a collective $3.5 billion, the left-leaning think tank’s analysis found.

And 26 of them haven’t paid a penny in federal income tax in the three years since the Tax Cuts and Jobs Act reform bill was signed into law in 2017, the report says. That group includes shipping giant FedEx and power company Duke Energy, which reported nearly $15 billion in pre-tax income for those three years, according to the findings.

“Duke Energy fully complies with federal and state tax laws as part of our efforts to make investments that will benefit our customers and communities,” company spokesperson Catherine Butler said, adding that Duke paid more than $2 billion in annual state and local taxes in 2020.

Major companies have used loopholes in federal tax law to help their bottom line for decades, the think tank’s researchers note. But they got a fresh boon from the CARES Act, the $2.2 trillion stimulus bill that aimed to help businesses weather the COVID-19 pandemic.

Big firms were able to take advantage of a provision in the bill to use losses they racked up in 2018 or 2019 to offset profits from previous years, which slashed some of their 2020 tax bills to less than zero, according to the report. That measure accounted for at least $500 million of the 55 giants’ tax breaks, the report says.

FedEx stood by the CARES Act tax breaks, saying the law helped it and other companies “navigate a rapidly changing economy and marketplace while continuing to invest in capital, hire team members, and fund employee pension plans.”

But many companies also used more established methods for giving themselves tax discounts.

Those include write-offs for paying executives in stock, which were used by more than a dozen companies, while at least half a dozen took federal research and experimentation credits, the report says.

The list included some companies hit hard by the pandemic, including crafts retailer Michaels, as well as companies that thrived despite the lockdowns, like Salesforce.com, the cloud computing company that announced record 2020 earnings in February.

By reining in tax breaks like those, “or by re-introducing some form of a ‘minimum tax’ requiring profitable companies to pay at least some tax in any profitable year, Congress and President Biden could take a major step toward a fairer and more sustainable tax system,” authors Matthew Gardner and Steve Wamhoff wrote in the report.

Salesforce, Michaels, Nike and Dish Network did not immediately respond to requests for comment. Swedish retailer H&M continues to clash with Beijing, this time over how it has portrayed the region geographically.

Chinese officials admonished H&M Friday over a “problematic” map on the company’s website in the latest sign of escalating tensions after the Swedish retailer criticized China’s controversial cotton-picking region.

Chinese officials did not provide any detail about the alleged offense, which they said H&M managers quickly corrected.

But H&M got in trouble with China in 2018 for listing Taiwan as a country on the Taiwanese version of its website. China claims the democratic island country is part of its territory.

H&M was told to “bolster its awareness of the national territory, and really ensure the standardized use of the Chinese map,” the Cyberspace Administration of China’s Shanghai arm said in a post on the WeChat social network, according to The Wall Street Journal.

H&M did not immediately respond to a request for comment Friday.

The map flap is just the latest headache H&M has faced in China, the fast-fashion retailer’s top clothing supplier and its fourth-largest market by sales.

The company was hit with boycott threats last week and had its products pulled from Chinese e-commerce platforms over a statement it made last year saying it does not source cotton from the Xinjiang region, where Beijing has been accused of forced labor practices against Uyghur Muslims.

H&M tried to tamp down the backlash Wednesday with a new statement saying it’s “dedicated to regaining the trust and confidence” of its customers, colleagues and business partners in China, where its store locations were reportedly scrubbed from digital maps last week.

The company said it wants to be “a responsible buyer, in China and elsewhere,” but did not mention Xinjiang specifically.