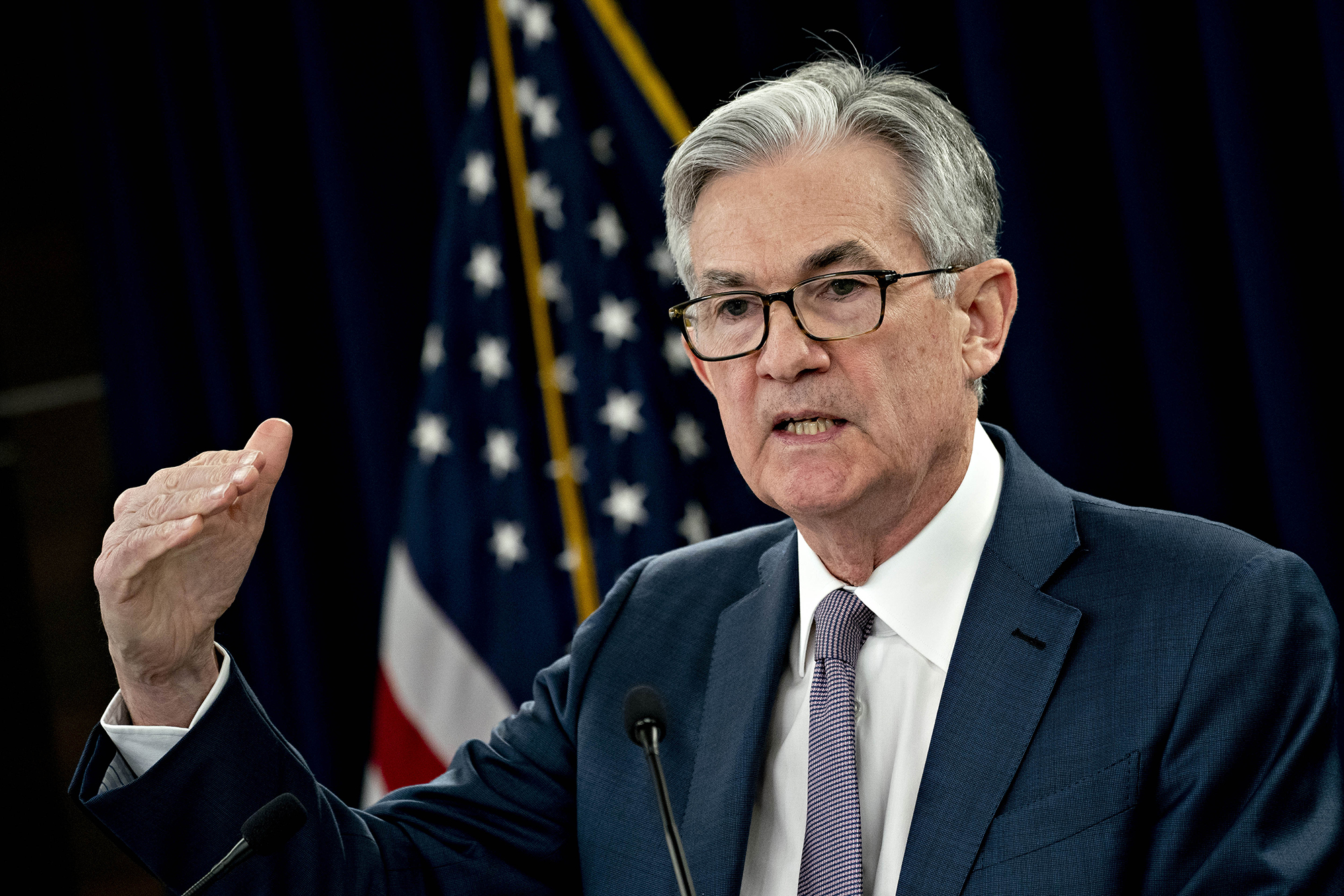 The Federal Reserve foresees the economy accelerating quickly this year yet still expects to keep its benchmark interest rate pinned near zero through 2023, despite concerns in financial markets about potentially higher inflation.

With its brightening outlook, the Fed on Wednesday significantly upgraded its forecasts for growth and inflation. It now envisions the economy expanding 6.5% this year, up sharply from its previous projection in December of 4.2%. And the Fed raised its forecast for inflation by the end of this year from 1.8% to 2.4% after years of chronically low inflation.

On Wall Street, investors registered their approval of the Fed’s low-rate message, sending stock indexes higher. And the closely watched yield on the 10-year Treasury note, which has surged in recent weeks on inflation concerns, declined slightly.

Still, the Fed’s upgraded forecasts will raise questions about what would cause it eventually to raise its key short-term rate, which affects many consumer and business loans. As the economy strengthens, the policymakers think the unemployment rate will drop faster than they did in December: They foresee unemployment falling from its current 6.2% to 4.5% by year’s end and to 3.9%, near a healthy level, at the end of 2022.

That suggests that the central bank will be close to meeting its goals by 2023, when it expects inflation to exceed its 2% target level and for unemployment to be at 3.5%. Yet it still doesn’t project a rate hike then.

“The state of the economy in two or three years is highly uncertain,” Chair Jerome Powell said at a news conference after the Fed issued its latest policy statement. “I wouldn’t want to focus too much on the exact timing of a potential rate increase that far into the future.”

There are signs, though, that at least some Fed officials are edging closer to reining in the central bank’s ultra-low-rate policies. Four of the 18 policymakers now expect a rate hike in 2022, up from just one in December. And seven predict a hike in 2023, up from five in December. The Fed doesn’t name which officials make which projections.

The decision comes as Powell faces a delicate balancing act: The economy is clearly improving. But if Powell is perceived to be too optimistic, investors might assume the Fed will reverse its low-rate policies prematurely. That could send bond yields rising and weaken the economy as borrowing becomes costlier for companies and households.

Yet if Powell sounds worried that the job market is recovering only slowly, it might spark concerns that the Fed won’t be watchful enough about inflation pressures. That perception, too, could send bond yields rising as investors anticipate rising inflation.

“The economic recovery remains uneven and far from complete, and the path ahead remains uncertain” despite the improved outlook, Powell said at the news conference.

Complicating the picture, the Fed last year announced a policy change in how it manages rates by saying it plans to keep rates near zero “for some time” even after inflation has exceeded its 2% target level. The change meant that the Fed was prepared to tolerate a higher inflation rate than it generally had in the past. Previously, the Fed has often raised rates on just the prospect that inflation would rise — a policy that carried the risk of choking off a recovery.

This week’s Fed policy meeting came as the economy’s outlook has improved significantly since it last met in late January. Job gains accelerated in February, sales at retail stores jumped after $600 relief checks were distributed at the start of the year and President Joe Biden signed his economic relief package into law last week. Average daily COVID infections have also dropped precipitously. And vaccinations have accelerated, raising hopes that Americans will increasingly travel, shop, eat out and spend freely after a year of virus-induced restraint.

As a consequence, economists have been upgrading their outlooks, with many predicting that the economy will expand as much as 7% for all of 2021. That would be the fastest annual growth since 1984. The brighter outlook has sent the yield on the 10-year Treasury note climbing as investors have dumped bonds, which are typically safe-haven investments during downturns.

Still, the job market has a long way to go to a full recovery. With unemployment at 6.2%, the economy still has 9.5 million fewer jobs than it did before the pandemic struck a year ago.

Kanye West could now be worth more than $6 billion